Who Are The Memories? 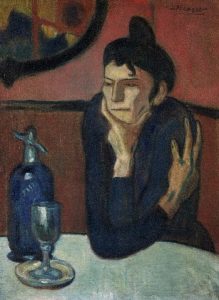 The Memories: a biography of sorts

In May 2003, my girlfriend had just broken up with me, and I was in the middle of a cross-country American excursion. Broken-hearted, I flew from France (my native country) to New York. My destination was San Francisco, where an old college friend had settled. Chicago was my halfway point, and I arrived there anxious and miserable.

All I knew about Chicago involved gangsters and Michael Jordan. The Windy City was to be my stopping point for a single night. That evening, I had some time to kill, so I set out to locate the spot of the infamous St. Valentine’s Day Massacre. I wandered around Lincoln Park for hours. Couldn’t find the damn place. I was frustrated, tired, and needed a drink. I shuffled into the first bar I could find and ordered my vodka martini. The Pixies’ “Where is My Mind?” played over the loudspeakers. Wait, that’s not a recording – that’s a live band. A band was playing in the next room. I paid for the martini, tipped the bartender, and walked in to check them out.

The band was a four-piece. On the bass drum, in fancy  writing, was written “The Memories.” The first thing that struck me about the band was their loudness. The second thing was that they were snappy dressers. I lingered.

There were, I kid you not, girls (barely legal) in the front row gazing into the eyes of the lead singer, Eli. Occasionally, he winked their way, but the mike proved to be his true mistress. Joe, the lead guitarist, was either inebriated, silly, or both. He did a chicken walk. Several times. The bassist, Eric, hammed it up to the crowd, jumping around the stage, posing with his bass. Brian, the drummer, was clearly a disciple of Animal from the Muppets. It’s a shame he smashed his drum kit at the end of the set.

I never made it to the West coast. Flew back to Paris from Omaha. The band sent me their EP the next summer. The songs were infectious, the production crisp. I told them to record a full-length album. I’m still waiting, Memories! 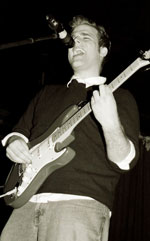 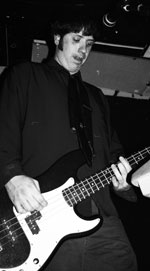 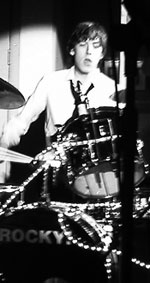 Favorite albums: The Beatles (The Beatles), In the Aeroplane Over the Sea (Neutral Milk Hotel), Blonde on Blond (Bob Dylan), Odyssey & Oracle (The Zombies), The Village Green Preservation Society (The Kinks). 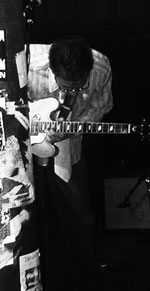